Preview Mode Links will not work in preview mode

Member access to the shared Drive with all live streams can be found here.

In this episode, I discuss the bitcoin price, stocks, the catalyst for a bullish rally, Ukraine situation, Taiwan and China threat or not?, and Richard Werner on credit-based money.

I do expect the bitcoin price to rally along with stocks over the next 6 month back to ATHs. I walk through the below chart for the immediate term. Then I say we need a catalyst to really explode higher, and what could that be? 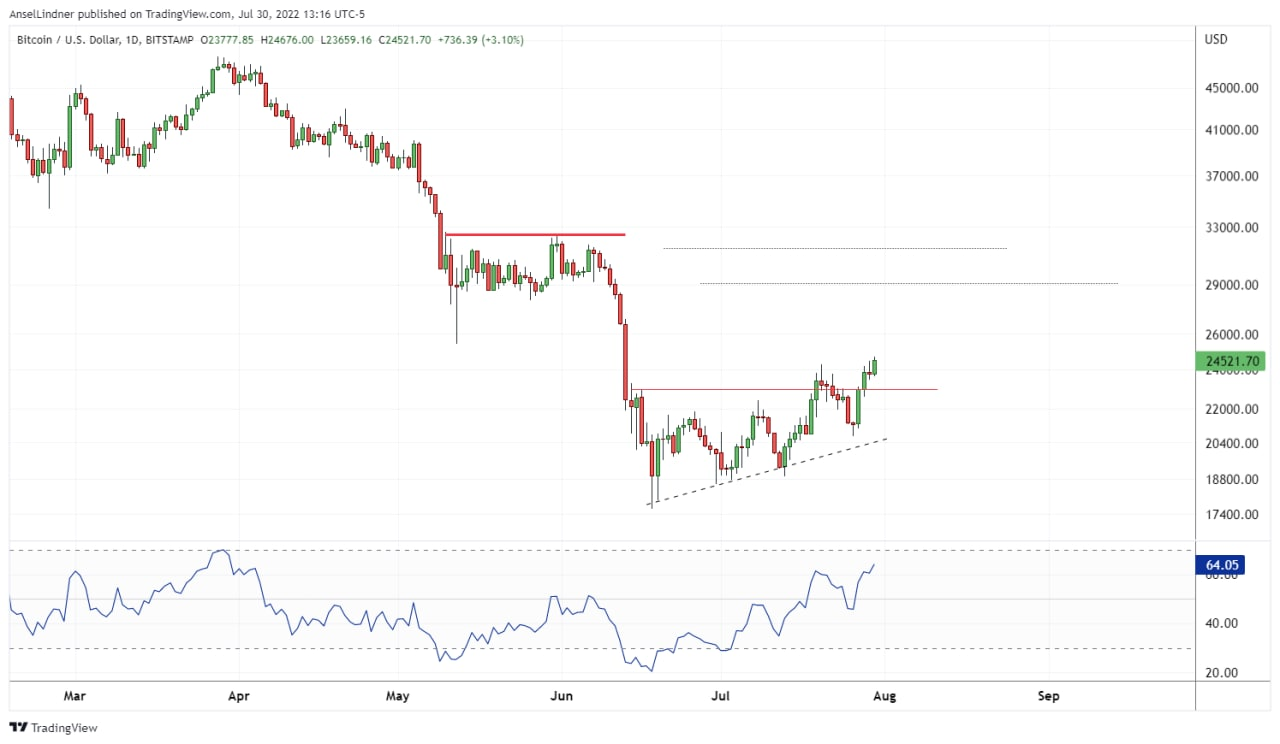 The situation in Ukraine is coming to a head. Back on July 16th in Telegram I wrote about Ukraine developments, in part I said:

So, what we have is a coalescing of factors on around a date roughly 3 weeks from now. 1) completion of Special Military Operation goals in Donbas, 2) failure of major Ukrainian southern offensive, 3) diplomatic contact through proxies, 4) energy crisis and civil unrest in Europe, already toppling governments in the UK and Italy, maybe more soon.If there is going to be a ceasefire/conclusion to this conflict it will take place then in my estimation.Wildcard: US deep state has promised to fight in Ukraine until the last Ukrainian. They won't give up easily.

This map was floated by Medvedev this week. 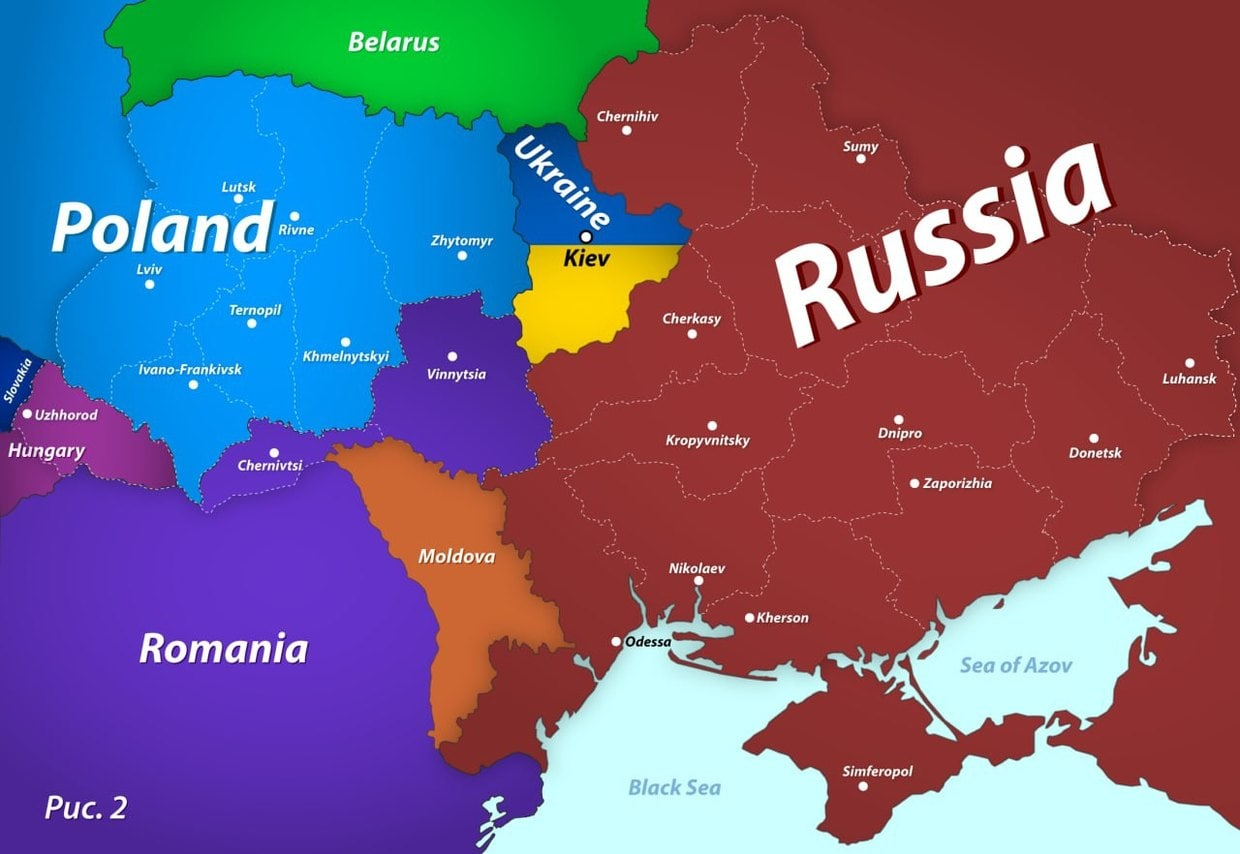 Next, I talk about the Taiwan threat. My basic understanding on Taiwan and China remains the same. China is in a credit crisis and is facing the end of the US-led liberal order that enabled them to grow in the first place. They do not have the ability to project power, period. They can perhaps stop Pelosi from landing on Taiwan, but will not respond.

In an unusually aggressive warning from Beijing, the CCP told the US to not let Pelosi visit Taiwan, even as equal EU politicians have recently visited with no problem. I say this is the Art of War, looking strong where they are weak.

Why am I confident that China will not invade Taiwan or start a war? They have only a handful of amphibious vehicles, and it would take them 5 hours to reach Taiwan over the open ocean of the Taiwan Strait, with hundreds of precision guided missiles trained on them. Once they land, they'd be alone as the vehicles went back to pick up another group. They'd have to assault a fortified beach defended by people fighting for the home.

Last but not least, all the US would have to do to choke out China would be to close the Strait of Malacca to their trade.

Bottom line, China does not have the tactical or strategic ability to take Taiwan by force, or take on the US militarily directly.

The last segment of this live stream is me discussion Richard Werner's credit-based money theories. I agree with him on a couple things, 1) money is created in the process of making a loan, and 2) a healthy banking system will have more small banks than large banks.

Where I disagree with Werner is that he is a Chartalist, meaning he thinks money is created by the State. His prescription for the financial system is to have more centrally directed credit creation. It's as simple as telling the banks to lend to production uses instead of financialization.

What he doesn't understand is the financialization is a direct consequence of not having a commodity backing. It is a way of simulating a commodity backing by interconnecting counterparty risk throughout the system. He also doesn't accept that credit-based money does not allow for creative destruction, so the monster continues to grow and runs into diminishing marginal returns on debt. The monster must keep swimming or it will suffocate, but where it can swim becomes more and more restricted. Like a game of snake, where eating the dots makes your body grow. As you get toward the end of the game, there is little choice of where to turn. Your freedom of movement is restricted, you must continue down a now predetermined path. This is credit-based money.

Keeping you ahead of the curve on Bitcoin price and fundamentals analysis, news and economics. Host Ansel Lindner